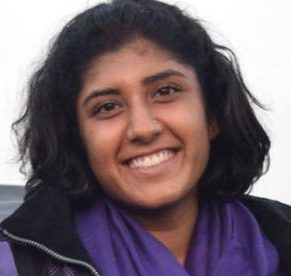 Vinita is from Union College, NY and a student of Prof. Jeffrey Witsoe. She has worked on the National Rural Employment Guarantee Act for her thesis and has also worked closely with Ajay Kumar and the Andhra Pradesh Vyavasaya Vrithidharlu Union (Agriculture Workers’ Union). The abstract of the work she is going to present is below.

Mediating a Claim to Rights: The Role of Activists in the Successes of NREGA and the Lives of India’s Rural Poor

This anthropological study aims to understand the role of activists in the day to day operation of the rights based policy, the National Rural Employment Guarantee Act (NREGA), of India. NREGA promises 100 days of employment to each household that makes a demand for such employment, providing an employment safety net for the large population of the Indian rural poor, as well as creating useful assets for rural communities. Historically, government and local corruption in official and unofficial policy implementation structures have interfered with the efficiency of social relief and reform initiatives in India. Such systems of operation also impact the functioning of NREGA. However, unlike previous initiatives to provide relief and support to the poor, NREGA of the state of Andhra Pradesh has been able to achieve a level of success not witnessed before in the country. Such success has complexity in its origin, derived from cultural phenomena, historical events, and changing economic and political environments. All such factors contribute to the integral role of activists in the operation of the program. Thus, my research explores the role of activists in Andhra Pradesh, and their intermediary role in the claim to rights and citizenship by the rural poor.